Summit Assembly is a Church Plant of the Assemblies of God. Founding Pastors Cliff & Marilyn Waterman and their family began meeting as a core group at a Lee’s Summit school in October 2001. In April 2002 the property at 1050 SE Century Drive was leased and they began a tenant finish that would fit the needs of the church. The core continued to train and prepare towards the “Grand Opening” planned in October. On the weekend of October 5th & 6th, 2002, the church announced the Grand Opening of Summit Assembly and held the 1st Annual Fall Harvest Festival. 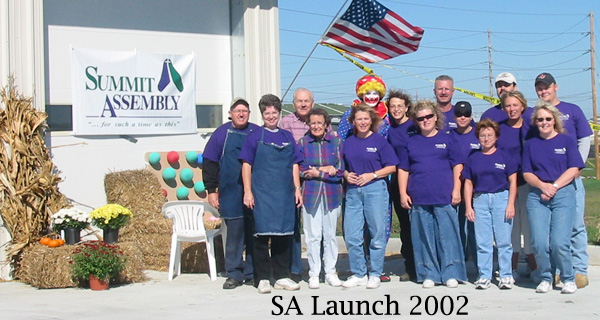